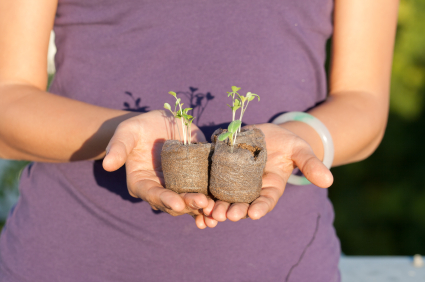 Here’s a complete guide for when to plant kale for each region of the United States. Kale is a cool weather plant and can survive temperatures as cold as 20° F. However, kale seeds need soil temperatures to be at least 40° F for successful germination. Kale taste best when it matures during the first frosts of the fall but can be grown in the spring or over winter in some regions as well. In general, kale should be planted 2-4 weeks prior the last frost in the spring. Alternatively, start kale indoors 5-7 weeks before the last frost and transplant seedlings outside 4-6 weeks later. For fall crops, plant kale at least 10 weeks prior to the first frost of the autumn.

ALASKA
Sow kale seeds indoors in March, April and May in Alaska. Transplant outdoors or direct sow seeds in May and June.

CENTRAL/MIDWEST
In the Central/Midwest region you can plant kale in the spring or fall. Get seeds started indoors in February and March or direct sow them outside in April. Start fall crops by planting kale outside in July and August.

GULF COAST
Kale is best planted in the late fall in the Gulf Coast region. Direct sow seeds outside or start them indoors in September and October.

HAWAII
Kale will taste best when planted and grown during the cooler months in Hawaii. Try direct sowing seeds outdoors in October and November. The cool of the highlands will likely produce better kale than the hotter, drier lowlands.

MID-ATLANTIC
In the Mid-Atlantic region, plant kale indoors in February and March. For fall crops, plant kale outside in July and August.

NEW ENGLAND
Kale should be planted indoors in March for a spring crop or outdoors in July for a fall crop in New England. Check your frost dates. You may be able to plant as late as August in much of this region.

NORTH CENTRAL & ROCKIES
Kale can be successfully planted from April through August in most of the North Central and Rockies region. You can also start it indoors as early as February.

PACIFIC NORTHWEST
Kale can be planted indoors as early as February or outside starting in March in the Pacific Northwest. Plant outside through August in most of this region. Skip planting in July if you live in the hotter area of the region.

SOUTHERN INTERIOR
Kale can be planted in February and March or August and September in the Southern Interior.

SOUTHWEST
In the Southwest, plant kale in August and September for best results.

Allow 70 to 95 days after planting until harvest.

Do you have tips on when to plant kale in your area? Let us know in the comments section below.