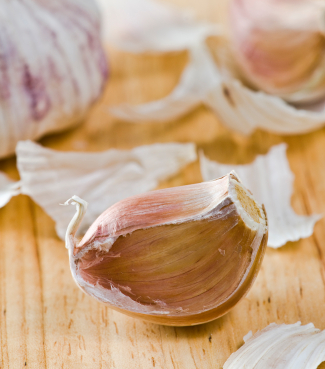 Here’s a breakdown of when to plant garlic for each region in the United States.

WHEN TO PLANT GARLIC

ALASKA
Garlic grows well over winter in Alaska. You need to get it into the ground in the early fall, before the ground freezes. Check your first fall frost dates and plant 2 weeks prior. This can be as early as August in some parts of Alaska but likely in September for much of the state.

CENTRAL/MIDWEST
Garlic should be planted in October for most of the Central/Midwest region.

GULF COAST
Garlic is not recommended for growth in the Gulf Coast region because temperatures do not get cold enough for a robust crop.

HAWAII
Temperatures in Hawaii are too warm to successfully grow garlic.

MID-ATLANTIC
Plant garlic in October in the Mid-Atlantic region.

NORTH CENTRAL & ROCKIES
Garlic should be planted in the fall, 6 weeks or so before the ground freezes in Northern Central and Rockies region. Late August and September are usually the best times to plant garlic in this region.

PACIFIC NORTHWEST
Garlic should be planted September-November in the Pacific Northwest. Frost dates can vary in this region, particularly between the valley and the coastal areas. Plant accordingly to be sure you get a little top growth before the cold sets in.

SOUTHERN INTERIOR
In the Southern Interior, plant garlic in October or November. You’ll want to plant just before the cool weather comes so it has several months of the coolest temperatures to become robust.

SOUTHWEST
In most parts of the Southwest, you’ll plant garlic in October. Find out the frost dates for your specific area and plant just 2 weeks prior. In some parts of this region, frost may not occur much until later in the year, so plant accordingly.

TIPS & ADVICE
It is best to grow garlic from healthy cloves.

You can garlic from the same cloves that you eat and purchase at the grocery store. Only plant healthy, organic garlic cloves.

Add a few inches of organic mulch after planting garlic in New England, Alaska, the Rockies and other cold winter regions.

Do you have questions or tips on when to plant garlic in your region? Let us know in the comments section below.