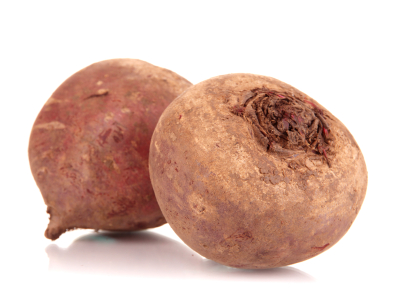 Here’s a guide for when to harvest beets for each region of the United States. Most varieties of beets are ready to harvest 40-80 days after seeds have been sown. They’ll be 1-3 inches in diameter and should lift easily from the soil. The greens shouldn’t be longer than 6 inches when you pull them out of the ground.

CENTRAL/MIDWEST
Beets can be harvested in May and June in the Central/Midwest. Crops planted at mid summer are usually dug up after the weather begins to cool at the end of August, September and even October for many parts of this region.

GULF COAST
The Gulf Coast has two harvest periods for beets: spring and fall. Plan to dig up spring beets in May and fall beets in November or early December. In areas with light to no frost, beets can be harvested from November-May.

HAWAII
For best results, harvest beets from December-April in Hawaii.

MID-ATLANTIC
In the Mid-Atlantic, beets are ready to harvest by June or early July. Harvest extends until October for most of this region.

NEW ENGLAND
Harvest beets from late June until the end of September in New England.

NORTH CENTRAL & ROCKIES
Harvest beets in July and August for most of the North Central & Rockies. Many varieties can be harvested in September for much of this region as well.

PACIFIC NORTHWEST
Fall is the best time to harvest beets in the Pacific Northwest. Dig them up in September and October for most parts of this region. However, beets planted in the spring and harvested all summer long are possible in this region as well.

SOUTHERN INTERIOR
In the Southern Interior, harvest beets early in the spring, usually in April and May. Harvest fall beets from September – November.

SOUTHWEST
Harvest beets early in the summer or late spring and again in the late fall after the summer heat subsides in the Southwest. Plan to dig them up in April and May or October – December for most of this region.

TIPS & ADVICE
Beets will grow larger if left in the ground but will also begin to taste woody.

Beets can keep in the refrigerator for 1-3 weeks.

Harvest and eat beet greens as well. They are delicious and packed full of nutrients.

Use a spading fork for easy harvest. Try not to damage the skin when digging beets up.

Do you have tips or questions on when to harvest beets in your region? Let us know in the comments section below.