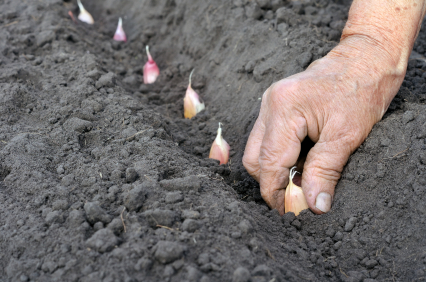 For much of the United States, your outdoor growing season will be over by November and your garden already put to bed for the winter. In more moderate climates, you will continue to harvest cool weather fall crops and prepare your garden for the following spring planting. However, there are still a few vegetables that can be planted in some regions in November. Wherever you live, you can grow microgreens year round to ensure your family has a constant supply of nutritious greens.

Here is a breakdown of what to plant in November for each region of the United States.

ALASKA
For most of Alaska, the growing season is long gone by November. Best to sit back and enjoy the winter.

CENTRAL/MIDWEST
For most of the Central/Midwest region, there will be nothing left to plant until next spring. You may be able to get some garlic and cool weather bulbs in the ground if the ground has yet to freeze.

GULF COAST
In most parts of the Gulf Coast, you may have sown your last seeds in October but you will likely be fine planting well into November.

Herbs: most herbs can be grown year round in Hawaii.

MID-ATLANTIC
The planting season is usually over by November in the Mid-Atlantic. You may still be able to get some garlic in the ground.

NORTH CENTRAL & ROCKIES
For the North Central, you are likely done planting until next spring by November.

PACIFIC NORTHWEST
November marks the end of the planting season for the Pacific Northwest. You might still get some garlic in the ground, but that’s about it.

SOUTHERN INTERIOR
It’s likely you won’t be planting in November in the Southern Interior, but you may be able to plant some fast maturing cool weather crops like spinach or arugula and can still get garlic in the ground in some parts of this region.

SOUTHWEST
In parts of the southwest, you will have finished planting by the end of October but you may still get these few vegetables in the ground in most areas.

OTHER TIPS FOR NOVEMBER GARDENING
Add lots of organic matter to your garden beds in November before the ground freezes. This will help ensure fertile soil for the next spring planting.

Test soil pH in November and amend with sulfur or lime if necessary to get the proper acidity before the next spring planting season.

Clean up your garden for the winter. Move organic matter into compost bins. Harvest and store seeds.