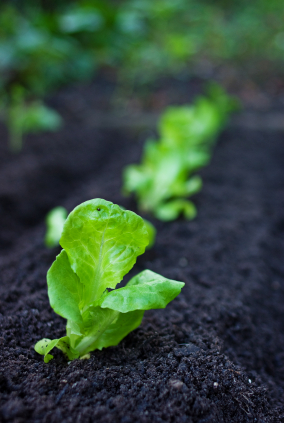 In most regions of the U.S. you’ll be busy harvesting and reaping the benefits of your spring planted vegetables. However, August can be a good time to begin planting vegetables as well. Depending on your region it can be the perfect time to sow seeds for a late fall or early winter harvest, particularly vegetables that like cooler weather and need to mature as the first frost hits in the late autumn. Here is a breakdown of what to plant in August for each region of the United States.

ALASKA
Because the first frosts begin to arrive at the end of the month in much of Alaska, August is not an ideal time to begin planting vegetables outdoors. It’s best to focus on harvesting those vegetables that must come in before the cool weather hits. Depending on your area, you may be able to squeeze in a few very fast maturing vegetables that like a bit of frost when maturing or something like radishes that can mature in under 4 weeks. Best to consult with local growers for your specific area. You can always focus on indoor container crops and herb gardens as well.

OTHER TIPS FOR AUGUST GARDENING
When planting vegetables in August, keep in mind the length of your growing season. In most northern zones, there will be fewer vegetables to choose from when selecting which cultivars to plant in August. Maturity times vary, not only from vegetable to vegetable, but from variety to variety.

Water wisely and often in August. Your vegetables will begin to dry out quickly as the heat rises. Water in the morning or evening, not at mid-day. Most vegetables want good long soaks twice per week, not short frequent ones.

Inspect your plants thoroughly. Vegetables can mature quickly in August and the dense heat and dry weather can attract some unwanted pests.

Try planting fast maturing herbs in August, like dill, oregano and basil, if you live in a cold growing zone. They make beneficial companion plants and are pretty hardy.